CO-BORROWER: An additional borrower on a loan. A co-borrowers obligation on a loan are the same as all other borrowers.

COINSURANCE: A sharing of insurance risk between the insurer and the insured. Coinsurance depends on the relationship between the amount of the policy and a specified percentage of the actual value of the property insured at the time of the loss.

COINSURANCE CLAUSE: A provision in a hazard insurance policy that states the amount of coverage that must be maintained as a percentage of the total value of the property for the insured to collect the full amount of a loss.

COLLATERAL: An asset (such as a car or a home) that guarantees the repayment of a loan. The borrower risks losing the asset if the loan is not repaid according to the terms of the loan contract.

COLLECTION: The efforts used to bring a delinquent mortgage current and to file the necessary notices to proceed with foreclosure when necessary.

CO-MAKER: A person who signs a promissory note along with the borrower. A co-makers signature guarantees that the loan will be repaid, because the borrower and the co-maker are equally responsible for the repayment.

COMMISSION: Money paid to a real estate agent or broker by the seller as compensation for finding a buyer and completing the sale.

COMMITMENT LETTER: A formal offer by a lender stating the terms under which it agrees to loan money to a homebuyer.

COMMON AREA ASSESSMENTS: Levies against individual unit owners in a condominium or planned unit development (PUD) project for additional capital to defray homeowners association costs and expenses and to repair, replace, maintain, improve, or operate the common areas of the project.

COMMON AREAS: Those portions of a building, land, and amenities owned (or managed) by a planned unit development (PUD) or condominium projects homeowners association (or a cooperative projects cooperative corporation) that are used by all of the unit owners, who share in the common expenses of their operation and maintenance. Common areas include swimming pools, tennis courts, and other recreational facilities, as well as common corridors of buildings, parking areas, means of ingress and egress, etc.

COMMON LAW: An unwritten body of law based on general custom in England and used to an extent in the United States.

COMMUNITY PROPERTY: In some western and southwestern states, a form of ownership under which property acquired during a marriage is presumed to be owned jointly unless acquired as separate property of either spouse.

COMPARABLES: An abbreviation for comparable properties used for comparative purposes in the appraisal process; facilities of reasonably the same size and location with similar amenities; properties which have been recently sold, which have characteristics similar to property under consideration, thereby indicating the approximate fair market value of the subject property.

COMPOUND INTEREST: Interest paid on the original principal balance and on the accrued and unpaid interest.

CONDEMNATION: The taking of private property for public use by a government unit, against the will of the owner, but with payment of just compensation under the governments power of eminent domain. Condemnation may also be a determination by a governmental agency that a particular building is unsafe or unfit for use.

CONDOMINIUM: Individual ownership of a dwelling unit and an individual interest in the common areas and facilities, which serve the multi-unit project.

CONDOMINIUM CONVERSION: Changing the ownership of an existing building (usually a rental project) to the condominium form of ownership.

CONDOMINIUM HOTEL: A condominium project that has rental or registration desks, short-term occupancy, food and telephone services, and daily cleaning services and that is operated as a commercial hotel even though the units are individually owned.

CONSTRUCTION LOAN: A short-term loan for funding the cost of construction. The lender advances funds to the builder as the work progresses.

CONSUMER REPORTING AGENCY (OR BUREAU): An organization that prepares reports that are used by lenders to determine a potential borrowers credit history. The agency obtains data for these reports from a credit repository as well as from other sources.

CONTINGENCY: A condition that must be met before a contract is legally binding.

CONTRACT: An oral or written agreement to do or not to do a certain thing.

CONTRACTOR: In the construction industry, a contractor is one who contracts to erect buildings or portions of them. There are also contractors for each phase of construction: heating, electrical, plumbing, air conditioning, road building, bridge and dam erection, and others.

CONVENTIONAL MORTGAGE: Any mortgage that is not insured or guaranteed by the federal government.

CONVERTIBILITY CLAUSE: A provision in some adjustable-rate mortgages (ARMs) that allows the borrower to change the ARM to a fixed-rate mortgage at specified time.

COVERAGE: The amount of protection, usually expressed in a percentage of the total claim amount, an insured receives under a certificate. 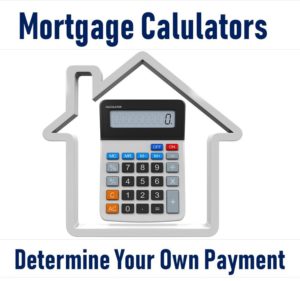